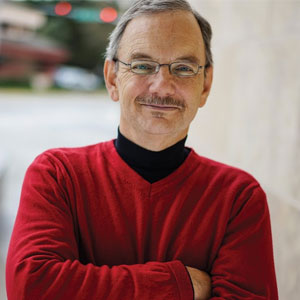 Upon arriving at the City of Redmond in 2008 one of the first concerns expressed by our management team was the need to update our financial systems. The systems being used were implemented some time ago and done so in a way that did not align with our evolving culture. While in the past the emphasis was on stringent controls, a change in city leadership (namely a new mayor) wanted more emphasis on service. There is quite a difference between a system designed to reinforce strict controls and one that facilitated transparency, access and service. As a result, we had an opportunity to accomplish multiple goals with the implementation of the new financial system.

Local governments are not known for being innovative with regard to either financial systems or procurement. Our aim was to find and implement a system “of the future” that would reflect a “technology forward” approach. This was not consistent with a traditional local government procurement process. Typically local governments define their needs in a scope of work and then request firms to respond through a very structured procurement process (a request for proposals, or RFP). Typically, part of that RFP asks the respondents to identify several references who have been using the proposed system for a minimum number of years.

“While the implementation of new technology is often about staying up to date and using modern tools, it can also present other opportunities.”

Since we were looking for a future proof ERP system, a traditional approach would not serve our goals very well. Fortunately we discovered a project to develop a forward looking system and we had an opportunity to get in on the ground floor. This presented both opportunities as well as challenges.

The opportunities included implementing the brand new system in the market which then required significant upgrades to servers, operating systems, database systems, desktop systems, among others. This new system would essentially pull our technology infrastructure forward into the most current of technologies. In addition, the new system would present many opportunities to improve (read modernize) business processes.

​While the implementation of new technology is often about staying up to date and using modern tools, it can also present other opportunities

The opportunities also reflect the challenges. The organization had been focused on one mission for a long time and got quite good at it. The systems were older, but generally reliable (they worked predictably). The systems were “locked down.” Staff became very protective of information and access to their information. The business environment required lots of requests for routine types of data which had to be supported by a “need to know.” Transparency (something that governments say they seek) took a back seat to avoiding all types of risks. The mission statement of the finance organization reflected this well—essentially it said “protect the city’s assets.” I characterize this mission as keep everyone out!

A new ERP system was not going to change this culture alone. We needed a fresh approach for both the technology, but also the way the technology was to be implemented and utilized. We started with a new mission statement—“provide the systems and solutions that enable our customers to meet community needs” (a paraphrase). It was truly a paradigm shift. While we had hoped the new mission statement would evolve organically from our employees, we had to help that evolution a little. We both led and pushed staff toward this more open approach. Many staff members were eager to embrace this more modern and open approach. Others were more comfortable in their existing processes and policies— their known world.

Implementing a new system in this context proved to be the challenge we had anticipated it would be. It reflected a combination of factors: the new financial or ERP system itself, the new technology environment to enable it to run successfully, and new business processes including a very transparent approach to the business. In a project like this, there are always those business challenges that can be readily resolved with the new technology (such as access to the data) and those that are more difficult to resolve (such as a fundamental change in a business approach). We intentionally worked to find the right balance as part of the implementation.

Examples of the problems solved with the new ERP system included access to information. In the past, staff in the budget office had no access to general ledger transactions. In the new system, all 600 users had access to everything by default. The obvious exceptions were related to payroll records and other “personally identifiable information”. Overnight we went from having to request a list of transactions that hit a particular account to having direct access to all transactions in the city through the system. Since then we’ve added digitized support documents and an “open data” platform giving the outside world open access to all payable and procurement card transactions (data.redmond.gov). One of the largest complaints of the prior system was immediately resolved.

In addition we implemented work-flows in the processes to enable all technology related procurements to first be reviewed and approved by our IT department, all project transactions to be reviewed and approved by project managers and all budget related transactions (including purchase requisitions and payable activity) to be reviewed by the budget owner prior to payment. This immediately resolved another major complaint, namely that transactions were occurring to accounts or projects without the responsible parties being able to participate.

Another example of a problem solved was a revision of the account structure formatted around our customer’s needs rather than accommodating an accounting report need. Current systems provide for multiple ways to approach the data. We implemented a budget focused aspect that enabled our various managers to understand their activity in the context of their business. This enhanced us to hold those managers accountable for their budgets and the related fiscal activity.

Some of the challenges we attempted to resolve, but proved more difficult. An example was controlling the order in which funds were used in certain projects. Major projects often have several sources of funding including multiple grants, multiple local sources of funds and participation by private developers. In many cases the order in which these funds are used is important. In other cases, a matching should occur between the source of funds and the specific use. While we implemented a project based expenditure module as part of the project, the effort to manage the funding sources proved too big a reach. In the end, we had to utilize a default funding source in most every case which by-passed the elaborate structure we worked to set up to track the funding sources. We are continuing to seek a solution to this issue even today.

While the implementation of new technology is often about staying up to date and using modern tools, it can also present other opportunities. We worked to use our system replacement as part of an effort to support a new culture of openness and transparency. Our efforts were largely successful (in our opinion). We are now looking toward the “cloud” for even more innovation and moving further out on the risk curve–a pretty unusual place to find a local government.

Lockstep: The Future of Accounting Automation

Advancing Customer Experience in an Ever- Evolving Hospitality Sector

Laying the Foundation of a Satisfying Commuter Experience