Why 'Convenience Culture' is Driving Big Business to FinTech 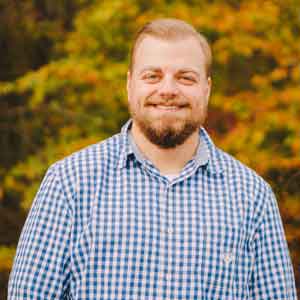 No doubt about it – convenience is king. Nothing matters more to today’s global consumer. People want to buy what they want when they want, but more importantly – they want to buy how they want and without impediment. This undeniable fact is driving more fintech innovation than any other trend. If time equals money, then convenience is our currency.

Mobile Tech, App Culture, and Micro-Services are enjoying a modern-day renaissance as we rocket out of the banking dark ages and into a commoditized financial services future. Intuition-based and automation-based services are helping people hack, program, and schedule their lives all in the name of convenience. The interconnected, mobile world living in our pockets acts as the linchpin, and a decentralized financial network will act as the capstone. Commerce has become ubiquitous – money knows no boundaries. Even still, money cannot yet move as freely or as quickly as we desire.  Traditional players have been slow to react, and when they have, they’ve often fallen short. So, what are large, non-fintech businesses left to do in such an environment? Innovate or suffer a slow, painful end. In today’s technical environment, innovation can be as simple as forging creative partnerships, enabling new delivery models, or solving old problems with new ideas. Enter large, non-fintech companies doing just that.  But how can companies with little to no experience in fintech take advantage in such unfamiliar territory? Advancements in mobile tech, AI, voice, and robotic automation have given big business tools it’s never had before. Couple this with a savvy consumer base and white-hot investment in the fintech space, and you’re left with an environment overflowing with opportunity. The bottom line, if a company is accessible via mobile, plays in the IT space, and accepts payments – it’s a fintech company. It’s best to accept this reality and get on board before the train leaves the tracks.

In the past, large companies looking to make a leap into financial services to better serve the consumer were forced to investigate more traditional models in the face of great trepidation from regulators and self-preserving industry incumbents. The classic example is Walmart’s tale of banking woe. However, smart businesses quickly prioritized speed-to-market over vertical integration and instead invested in strategic partnerships to deliver on the growing need for consumer convenience and value. These early collaborators, tired from battling for access to a monolithic banking system, laid much of the groundwork for the open banking and fintech movements. Meanwhile, overall advancements in technology fueled and continue to fuel progress.

Large companies are clamoring to enter the fintech space not only to satisfy their need for constant growth but also to satisfy a consumer culture hellbent on convenience without sacrifice.  This is the lifeblood of the fintech movement, and the biggest driver in the rise of large, non-fintech companies joining the party

Companies big and small are finding ways to enter the fintech space as consumers are no longer willing to shackle themselves to a traditional banking system rife with high fees, predatory practices, inefficient service delivery, and antiquated infrastructure. Mobile banking, global remittance, adoption of cryptocurrency, and the race to build wealth management solutions for young people are at all-time highs. And some of the world’s most influential companies are lining-up to get in on the action. While the usual suspects of the legacy banking regime enter the fintech space through acquisition and consolidation, fledgling newcomers and large, non-traditional competitors are choosing alternate routes. Calculated fintech start-ups enter the market with a ‘freemium’ model offering transparency and gratis basic services. At the same time, they work to garner buckets of VC capital to finance daily operations and build-out of paid ‘premium services’ – Robinhood comes to mind. Others like Chime are willing to trade on convenience culture cornerstones like no fees, bill splitting, and early access to direct deposits hoping consumers will sign-up in droves padding revenues through volume. Large, non-fintech entrants are using partnerships and consumer loyalty to make their way in.

Nevertheless, the common thread seems to be a focus on convenience, transparency, and financial education and independence. This method delivers the likes of Apple partnering with Goldman Sachs to issue a credit card anchored on trust, security, and loyalty where fees are none and incentives to spend, especially with Apple, are plenty. We’ve watched Facebook set its sights on asset-backed cryptocurrency to ease the burden of global money remittance. And Google has partnered with CitiGroup and a Stanford University credit union to offer checking accounts aimed at delivering enhanced financial insights and powerful budgetary tools. We’re seeing large, non-fintech companies deliver dynamic solutions where traditional financial players previously could not.

These innovative offerings benefit not only the consumer but also greatly benefit the businesses offering them by increasing customer interaction, developing deeper brand loyalty, and generating new revenue streams. Large companies are clamoring to enter the fintech space not only to satisfy their need for constant growth but also to satisfy a consumer culture hellbent on convenience without sacrifice. This is the lifeblood of the fintech movement, and the biggest driver in the rise of large, non-fintech companies joining the party.

The New Face of Mobile: Yes, It Should Have a Face

The Epic battle for the Digital Wallet